Bareboat Charters (Charterparties by demise) The registered owner passes over to the demise charterer the complete control and management of the ship. The demise charterer becomes, for all effective purposes, the owner during the period of the contract. The Master and crew are their employees and may be appointed by him.

Bulk cargo is commodity cargo that is transported unpackaged in large quantities.

Bulk Carriers All these vessels are single deckers with a varying number of holds for the carriage of bulk cargoes such as grain, ore, coal, steel, etc.

Cabotage. Is the transport of goods or passengers between two places in the same country by a transport operator from another country. Cabotage laws apply to merchant ships in most countries that have a coastline to protect the domestic shipping industry from foreign competition, preserve domestically owned shipping infrastructure for national security purposes, and ensure safety in congested territorial waters.

Charterer a person or company that rents a plane or ship.

Chartering Practice is an activity within the shipping industry whereby a shipowner hires out the use of their vessel to a charterer. The contract between the parties is called a charter party (from the French «charte partie», or «parted document»). The three main types of the charter are demise charter, voyage charter, and time charter.

Combustion a chemical reaction between substances, usually including oxygen and usually accompanied by the generation of heat and light in the form of flame.

Contamination is the presence of a constituent, impurity, or some other undesirable element that spoils, corrupts, infects, makes unfit, or makes inferior a material, physical body, natural environment, workplace, etc.

Contract of affreightment (COA) This form of contract is an agreement by an owner or operator to lift an agreed number of cargoes of a certain size over a period of time.

Demurrage The money payable to the owner for delay for which the owner is not responsible in loading and/or discharging after the laytime has expired.

Dry bulk shipping refers to the movement of significant commodities carried in bulk: – the so-called major bulks (such as iron ore, coal, grain), together with ships carrying steel products (coils, plates, and rods), lumber or log, and other commodities classified as the minor bulks.

Dry Bulk Transportation is commodity cargo that is transported unpackaged in large quantities.

Economy of scale is the cost advantages that an enterprise obtains due to its scale of operation (typically measured by the amount of output produced), with cost per unit of output decreasing with increasing scale. Economies of scale apply to a variety of organizational and business situations and at various levels, such as production, plant, or an entire enterprise. When average costs start falling as output increases, then economies of scale occur. Another source of scale economies  is the possibility of purchasing inputs at a lower per-unit cost when they are purchased in large quantities.

Global Supply Chain is defined as the distribution of goods and services throughout a trans-national companies’ global network to maximize profit and minimize waste.

Grain clean Vessel must be cleaned according to different international high standards. In the USA, the USDA, and Europe, she will pass or fail the vessel cargo holds before Loading.  Alfa Maritima assures the compliance of different Codes of Safe Practice for each type of grain.

Liquefaction is a process that generates a liquid from a solid or a gas or that generates a non-liquid phase that behaves by fluid dynamics. It occurs both naturally and artificially. As an example of the latter, a «major commercial application of liquefaction is the liquefaction of air to allow separation of the constituents, such as oxygen, nitrogen, and the noble gases.» Another is the conversion of solid coal into a liquid form used as a substitute for liquid fuels

Panamax Abt 65/82,500 DWT vessel, seven holds/hatches. Usually gearless (although some 65/68,000 DWT vessels have gear – some of these falls into the Ultramax

Kamsarmax Abt 65/82,500 DWT vessel, seven holds/hatches. Usually gearless (although some 65/68,000 DWT vessels have gear – some of these falls into the Ultramax).

Shipbroker is a person or entity who arranges the transportation of goods by sea. Arranges employment of a vessel or. Sells and buys ships on behalf of her clients. Etc…

Shipowner is someone who equips and exploits a ship, usually for delivering cargo at a certain freight rate, either as a per freight rate (given price for the transport of a certain cargo between two given ports) or based on hire (a rate per day).

Stowage factor This expression indicates the number of cubic feet actually occupied by one ton of a commodity, including an allowance for broken stowage. The stowage factor depends upon the type of goods being carried. The smaller the stowage factor the denser the cargo.

Supply Chain is a system of organizations, people, activities, information, and resources involved in supplying a product or service to a consumer. Supply chain activities involve the transformation of natural resources, raw materials, and components into a finished product that is delivered to the end customer.

Time charters The charterer has the use of the ship for a specific trip or a period of time.

Charterers may direct the vessel within the trading limits agreed, and, in normal circumstances, the Master must obey these orders.

Whilst the time charterer has the commercial control, the owner retains responsibility for the vessel and the Master and crew remain in their employment.

The hire, usually calculated per day, is paid in advance at regular, agreed intervals, normally semi-monthly or monthly.

Whilst on time charter, the time charterer usually pays for all port charges including their own agency fees, canal dues, pilotage, and generally (if not covered elsewhere) cargo insurance.

The owner pays for the operating expenses of the vessel.

If the ship breaks down or, as a result of the shipowner’s fault, the charterer does not have the use of the vessel, the vessel goes ‘off-hire’ for that period subject to any terms in the Charterparty.

Time Charter Trip A trip time charter is a comparatively short time charter agreed for a specified route only (as opposed to the standard time charter where the charterer is free to employ the vessel within agreed trading areas).

Voyage Charter The charterer employs the vessel for a specific voyage or voyages, with cargo which is customarily loaded and discharged at their expense within a specified time (see Laytime) in return for freight calculated on an agreed rate per ton of cargo or as a lump sum. The owner pays for fuel and operating expenses, and (generally) port disbursements, of the vessel. 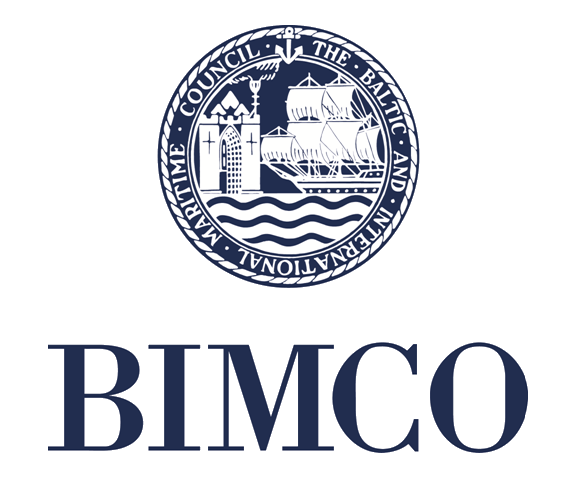